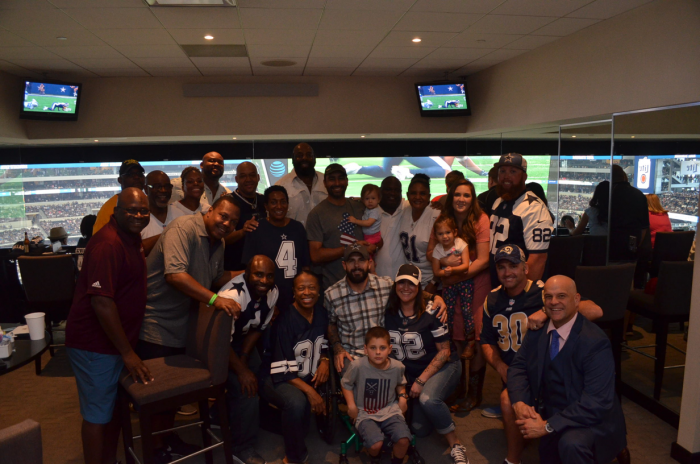 BEAT Sponsored 3 wounded warriors and their families to join them in a VIP SkyBox at Cowboys Stadium 1 October 2017. We had three Cowboy legends that came to hang out for the entire game. #72 -Ed “Too Tall” Jones, #26 – Kevin Smith and #67 – Everett McIver.

There was also about 12 veterans that have served in the armed forces that were attending as well.